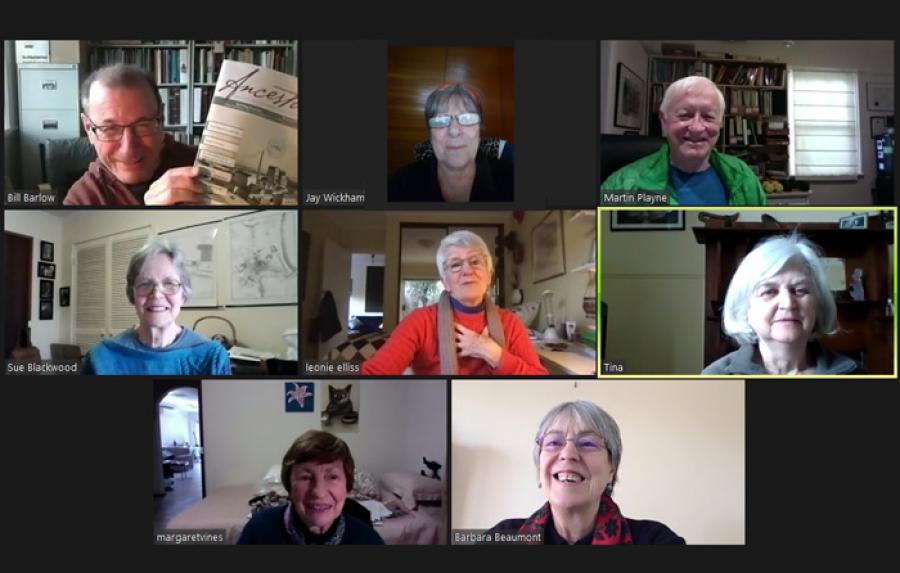 It has just been announced by AFFHO that the GSV's Ancestor journal has won the 2021 Nick Vine Hall Award for the best family history journal/newsletter in Australia and New Zealand, in category B for societies over 500 members.

The announcement was made at the beginning of the 2021 AAFHO National Family History Month opening session (by Zoom of course). This makes the fifth time the journal has received this award since 2009 - a real endorsement of the continuing value of the GSV's journal to genealogy and family history.

Jenny Redman, President GSV, congratulated the Ancestor Edit team at its Zoom proofreading meeting this week: 'Once again your excellent work in producing journal has been recognised'.

This Award honours Nick Vine Hall AM. With the Census due next week it is timely to recall that Nick represented AFFHO at a National level in a Save the Census Campaign in the mid-1980s. Nick was a strong voice in the campaign, which resulted in the Federal Government accepting the Saving our Census and Preserving Our History report. This permits citizens across Australia to 'opt in' and allow retention of their Census information, under closed access for 99 years, by the National Archives of Australia, and in so doing, make a valuable contribution to preserving Australia’s history for future generations. Read more about this here Census Time Capsule Consider selecting this option in your census return.

BE PART OF THIS AWARD-WINNING JOURNAL!

You have a few weeks to get your entry in for this year's Ancestor Prize - closing 4 pm Friday 27 August. See details here 2021 Ancestor Writing Prize