Book review: 'A Woman of Importance' by Jean Uhl 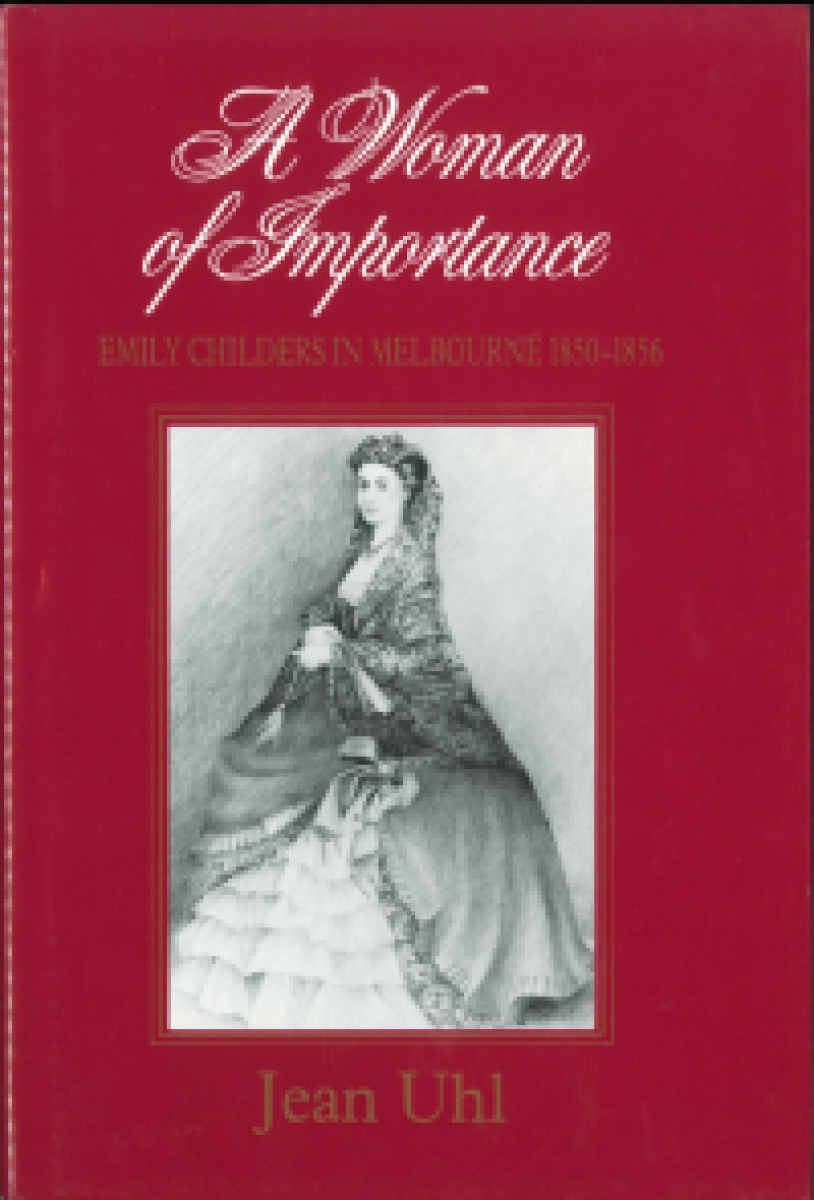 Purchased at the Royal Historical Society of Victoria.

Emily Childers became a woman of importance in the social life of the colony of Victoria and she knew many who impacted on Melbourne’s early history. This book gives an account of the six years Emily Childers spent as a young married woman in the rapidly growing Melbourne until she returned to England.

We read of her daily life, her motherhood joys and sorrows and also of a time when she acted as First Lady to Sir Edward Macarthur, the Acting-Governor. The reader will enjoy accompanying Emily to Hobart, Geelong, Queenscliff, Portland and The Heads and reading about the houses in which she lived in St Kilda, Jolimont, Collingwood, Hawthorn and St Heliers in Abbotsford; some of these houses are heritage-listed today. Uhl quotes extensively from Emily’s diaries and letters so we see Melbourne very much through Emily’s eyes. She provides excellent context and background information and the narrative and the diary entries flow comfortably. Uhl’s analysis and commentary enrich the original texts.

The structure of the book would be of particular interest to those who are writing a family history and are fortunate to have access to diaries, letters and journals. Uhl has organised the book into chronological chapters covering the years 1850 to 1856.

The comprehensive notes at the end of each chapter are interesting references and may give new directions to explore for a writer interested in Melbourne during this time. As well, the book has an extensive index of names and a general index. Biographical information of the people mentioned in the diaries is comprehensive and covers people well-known and not so well-known, including church leaders, squatters, medical practitioners, stockbrokers and friends of Hugh and Emily Childers. A few photos of the Childers family are also included.

Emily’s diaries provide a glimpse of life in Melbourne at this time – the everyday chores and trials as well as the sophisticated and stylish. This is a book that will appeal to researchers and historians as well as general readers.