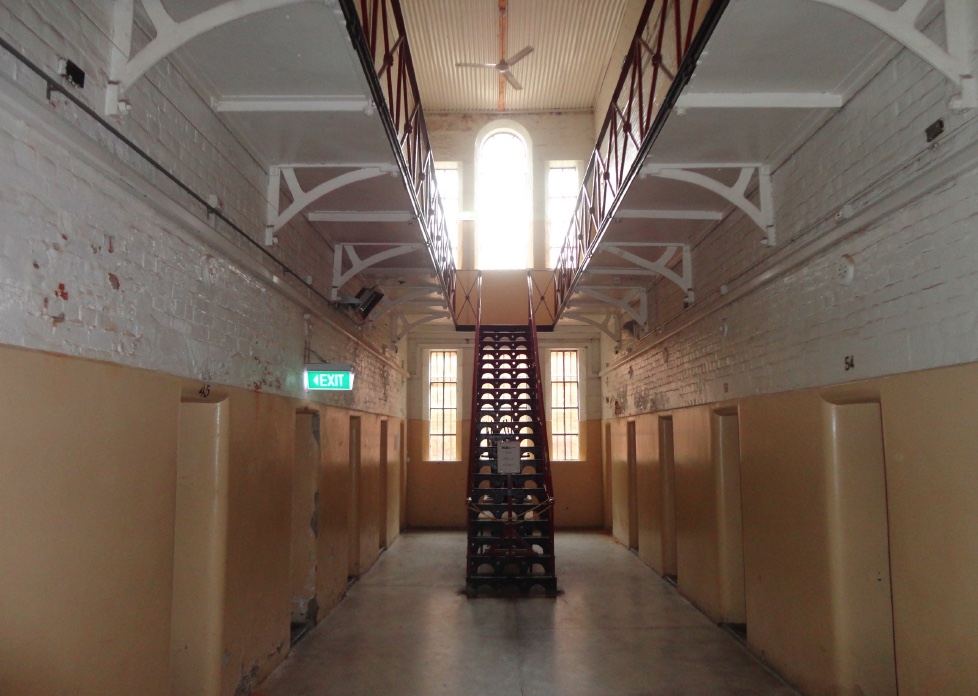 In the present COVID-19 emergency it has been interesting to see how we have reacted to new regulations and the evolution of social constraints. Very quickly we saw individuals prepared to fight over toilet rolls and to raid supermarkets in small towns.

Our responses have ranged from wealthy skiers who believed the laws didn't apply to them, to 'innocent' young women who had their brush with the law just by walking on the sand. And of course, politicians who demanded to see the 'science' so they could decide whether a rule about not playing golf should be followed.

Many of us in Australia are here because of our forebears' conviction under the onerous property laws of 19thC England. And poverty and economic depression often meant continued lawbreaking here. If our ancestors fell foul of the law we can often find out more about them in the extensive and detailed newspaper reports of their capture and trials than BDM records will tell us. Before the era of WW1 studio photos, the only photograph of an ancestor might be the one in the Criminal Registers, where from the 1870s photographs were included for those with sentences of 6 months or more. Presumably not their most flattering look!

Their transgressions and bad luck are our good luck as social historians. Clive Luckman describes the rich source that the Police Gazettes offer. The GSV can help you find Police Gazettes and the many other sources of encounters with the legal system. [Ed.]

Police Gazettes in the 1800s

We may not want to recognise it, but many of us with 19thcentury Australian ancestors may well had one whose name appeared in a Police Gazette. Before you get upset let me hasten to add that these Gazetteshad names of many people who were not criminals or “of interest” to the Police.

There were, of course, names of criminals in the Gazettes. The main purpose of the Gazetteswas to promulgate news about crimes and criminals. Descriptions about the crimes themselves (from murder through to illegal sale of alcohol) were often included, as were reports about wife desertion, bigamy, drunkenness and abandoned children. Also there were notices about missing persons – not only people reported as missing but also people seeking lost friends.

There were notices about licences granted for the sale of alcoholic beverages, tobacco and other regulated products, and licences for the conduct of regulated activities such as auctions. All police and magistrate promotions, dismissals, appointments and retirements were published.

During the gold rushes skippers of visiting ships often had some of their crew desert, which must have left those ships sometimes in a perilous position for their return journey. Ship’s deserters were certainly amongst those sought by the Police. Sometimes a deserter changed his name to evade detection, thereby presenting an interesting challenge to genealogists.

Details about those being sought by the Police were often published in several States as well as in New Zealand. There was a great deal of traffic across "the pond" between Australia and New Zealand in the 1800s.

On a personal note, a convict allocated to one of my Tasmanian ancestors absconded and a notice reporting that appeared in the Victorian Police Gazette.

Later in the century photographs were sometimes published, as were details such as eye and hair colour, height and characteristics such as tattoos or scars that might aid the Police.

These documents are a good source of family history as well as other facets of history. Genealogists can use them to see if they will reveal details of their ancestors’ life (at risk of repeating myself, whether your ancestor was a criminal or not). The Gazettesmay allow you to get your ancestors in perspective – details about how they lived, indications of their wealth, of their occupation, and where they resided. And details that help you understand how society in that century behaved.

Family history is much more than discovering the names, dates of births, marriages and deaths, and the names of wives and husbands. These things are critically important because they obviously must precede the thrills of the chase for the social, financial, demographic and other details of your ancestors. I find that these thrills are the best.