Criminalising the poor - ‘A Most Undesirable Woman’ - May 6 Talk 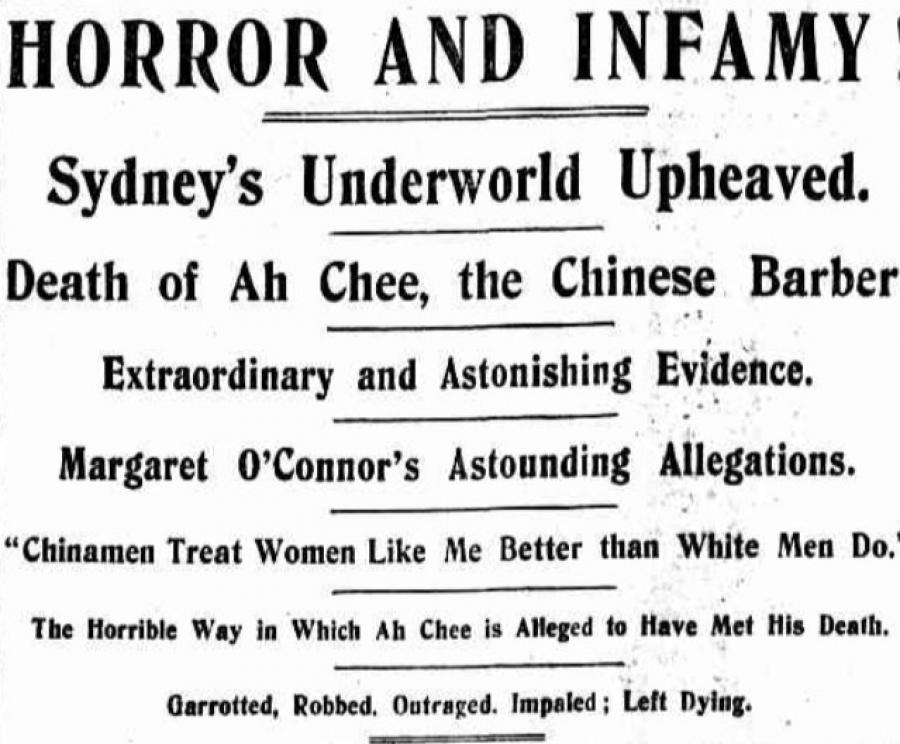 ‘A Most Undesirable Woman’ -

Writing about the Criminalisation of Poverty

Free to GSV members and non-members.

Bookings are required and can be made online via the Register Now link. HERE. You will receive an email with the Zoom link.

In 2016, I found an article filled with extraordinary amounts of hyperbole about my great-great grandmother, second-generation Irish-Australian, Margaret O’Connor [ref. 2]. The article detailed her involvement as a witness for the prosecution in the 1915 murder trial of one of her Chinese clients. A journalist for the known scandal-rag theTruth, claimed that neither the Russian, British nor American literary greats had given the public ‘more vivid glimpses of what may be called “THE UNDERWORLD”’ than did this particular trial. And yes, the capitalisation was in the original.

The article featured hand-drawn courtroom portraits of Margaret; her lover, William Moon (one of the accused men); and the murder victim, her client, Ah Chee. I have to confess, that despite the tragic subject matter, I felt a thrill of excitement at the discovery of this newspaper article. Until that point, I’d known very little about Margaret, other than she was buried in an unmarked pauper’s grave in Sydney. 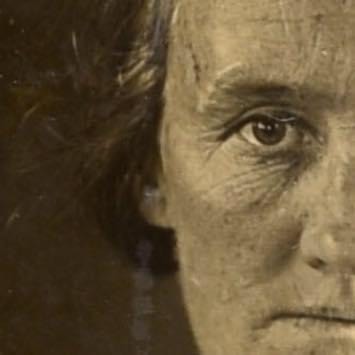 Finding the article led to the discovery of Margaret's string of 64 plus convictions, received between 1914 and 1923. It led to me finding her prison photograph, shown here. I’ve cropped the image because I don’t believe that Margaret’s prison record is all that she was. The nature of her so-called legal and moral ‘crimes’, and that of her younger sister, Annie O’Connor, included smoking opium, being drunk, swearing, being tattooed, doing sex work, and consorting with Chinese men. Both sisters were also arrested and imprisoned multiple times for ‘being of insufficient lawful means’ – a peculiar crime that effectively criminalised people for being poor. [Read more about this in ref 3. below].

My forthcoming talk offers an insight into the lives of women who, like Margaret and Annie, were criminalised by poverty over a century ago, and of new ways to write about them. In doing my research, I kept asking myself, how can I best tell the stories of women who were only written about in a disparaging fashion by others? This talk, therefore, arises out research for my historical novel in progress ‘A Most Undesirable Woman’, part of which was written during a residency at 'Frontyard' [https://www.frontyardprojects.org/], Marrickville, New South Wales. A version of the talk was first presented there on 8 March 2020.

Dr Kristy Love (formerly Davidson) is a researcher with a passion for family history writing. Her current interest is the historical criminalisation of impoverished women. She recently joined the GSV Volunteers Team and is now assisting with our GSV Blog Family History Matters. Kristy has a PhD in Creative Writing, an Honours degree in Psychology and has worked in university research management for over two decades. She is a member of the Chinese Australian Family Historians of Victoria and assists with their social media outreach. She is also currently undertaking the Certificate of Genealogical Studies through the Society of Australian Genealogists.

Ref 3. 'Policing the Poor: The History of Vagrancy Laws and the Criminalisation of Homelessness' by Paul Gregoire and Ugur Nedim, in Lexology[website] 9 March 2021, accessed 28/4/21.