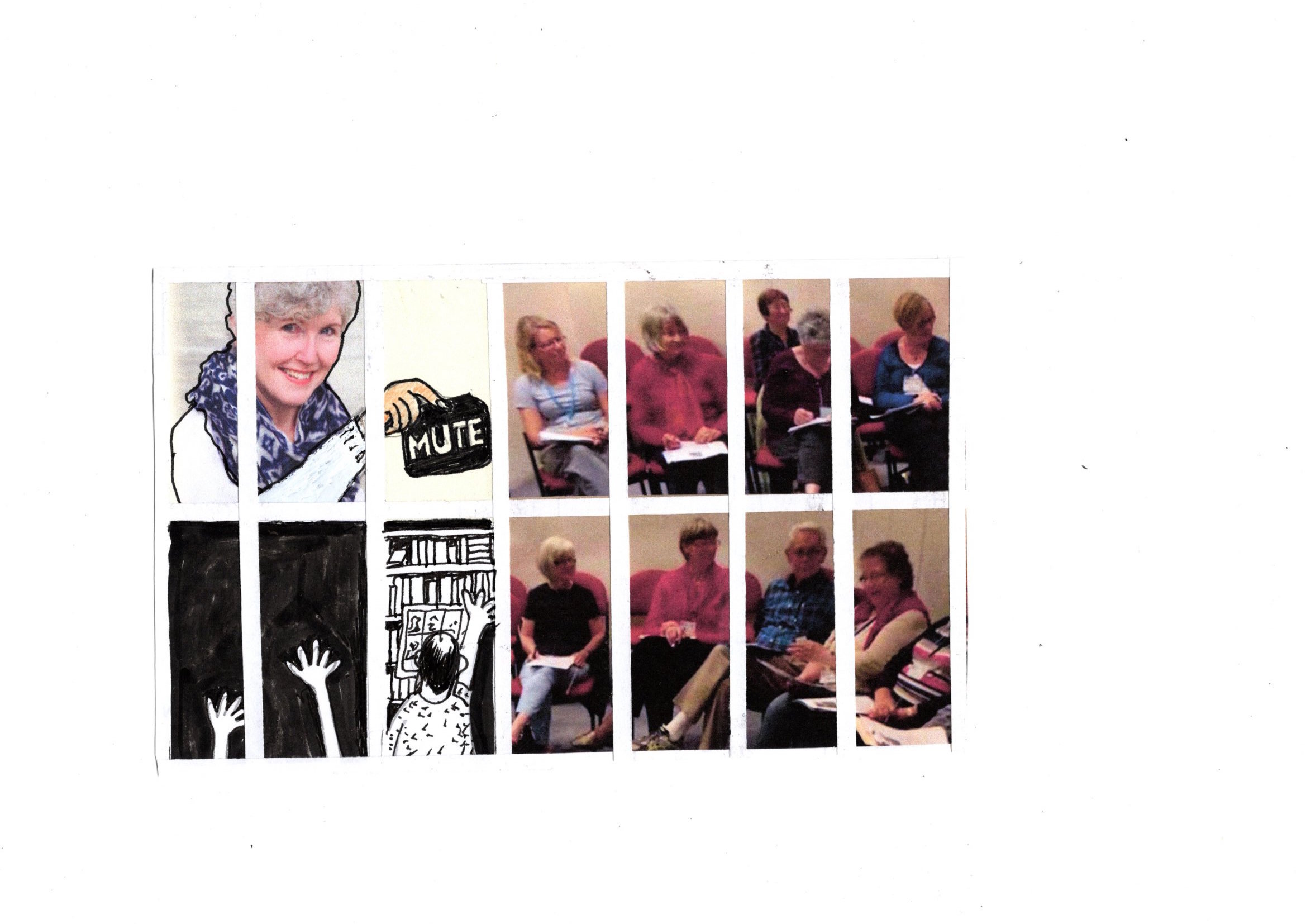 Our GSV Writers Circle met this week by Zoom.

In theory all this isolation has been useful for writers - no distractions, except grandchildren, concerns for overseas friends and family, home-schooling,and a worrying news cycle.

Tina Hocking reports below on the Writers' successful Zoom and Penny Mercer reflects on what the GSV has given her over the years.

With a members' submissions session scheduled, two pieces of writing were emailed to the group in advance to allow time for pre-reading and review before the main discussion.

Although attendance at GSV based meetings is usually around 20, we have 88 email members, so some organisation was needed. Twenty participants, including the host and the two submitters, seemed a manageable number, allowing time for everyone to have a turn speaking and for each submitter to respond to questions arising.

Meeting etiquette - phones off and other distractions minimised - had already been covered, and participants were asked to enter the waiting area 10 minutes beforehand so the meeting could start on time. Places were allocated, via email response, a couple of days earlier on a 'first in first served' basis.  Members unable to attend the virtual meeting still had the option of participating by email.

Most present had attended a Zoom meeting before and knew what to expect, but some encountered problems entering the meeting, or with audio/visual access, so we were a  little late starting. Most of these issues were later ironed out by GSV's technical help, Rod. One participant later reported that although we could not see or hear her, she had missed none of the proceedings.

The meeting progressed in an orderly fashion with Rod switching between speaker and gallery view as required. Host, Louise, ensured that every attendee had an opportunity to speak and that both submitters had time to answer questions. There were minor delays moving between speakers, and the repetition of comments ate into the allocated time, but a tighter schedule and more succinct responses in future meetings should minimise this.

Having attendees email their reviews after the meeting enabled everyone to focus on the discussion rather than trying to take notes.

All present declared the afternoon a success and voted to continue getting together via Zoom for as long as the GSV remains closed. Our thanks go to Louise Wilson and Rod Van Cooten for getting us up and running.

Penny reflects on the GSV

'I think it was about 1984 when I first joined the GSV. I was instantly hooked. Back then microfiche was high tech and I was amazed at the interesting resources they had in their library. I devoured Ancestor magazine as soon as it arrived.

A few years later I volunteered to help out in the library and made lots of friends. I learned heaps of stuff at the regular talks held at the GSV, taking a tram in my lunch hour from my work to attend these events.

Some of you might remember me working on the front desk at the GSV for a while, back when it was at Curtin House in Swanston Street. In those days the hot new resource was the IGI database. GSV handled bookings to access it at SLV.

Then in March 2004 the GSV supported me in the creation of what might be the longest running family history writing group in Australia. Today our group will have its first test run using Zoom, provided to us by the GSV with support from other volunteers.

The coronavirus is hurting the GSV just as it's hurting other parts of our economy. Like the rest of us, the GSV is adapting, but new ways of doing things need resources.

I don't know how to measure the value that I've got out of the GSV over all this time, but I've had a go and made a donation. I hope lots of people support the GSV during this difficult time.

If you want to help, there's a link here to donate: DONATE HERE'