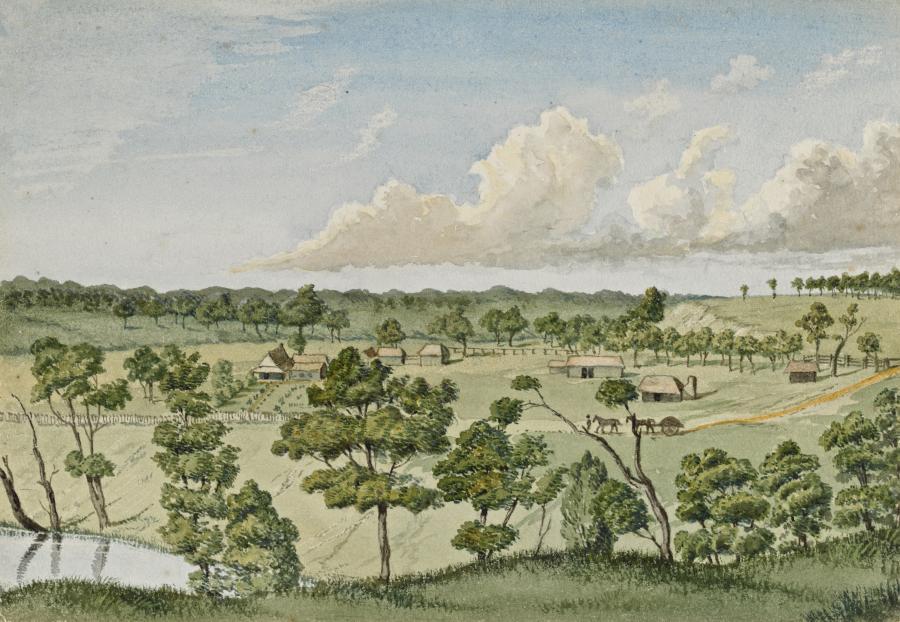 Next Thursday 26 August at 7pm,

author Martin Playne will present this talk to the GSV's Victoria and Tasmania Discussion Circle.

This talk is free for all GSV Members to attend via Zoom. You will need to register via 'Events' on the website and you will receive a Zoom link. It is not too late to join GSV. If you are not a member JOIN HERE.

The period spanning the years 1839 to 1854 was a fascinating one in the Port Phillip District. Melbourne had only been founded in 1835, and the Colony of Victoria was established in 1851.

White settlers took possession of the lands of northern Victoria and elsewhere without either Aboriginal or government permission. This ad hoc settlement gave rise to disputed property boundaries and massacres of Aboriginal people. Lack of land ownership meant that squatters lived on properties with little security of tenure. By 1848 new government surveys came into effect, which led to better definition of boundaries. Improved longer-term lease arrangements and the concept of pre-emptive rights for purchase of land led to the end of the squatting era and the start of the settler movement. By about 1852 the Campaspe was mostly owned by settlers.

Martin Playne has spent eight years researching the social history of the Port Phillip District and his book Two Squatters: the lives of Dr George Playne and Daniel Jennings details the lives of two early pioneers and their influence on the formation of Victoria.

George Playne was born in Gloucester, England to a poor family. After some 22 years as a surgeon at Gloucester Infirmary, he emigrated with Daniel Jennings, a wealthy but eccentric investor and land agent, to Australia in 1839. Together they took up occupancy of Campaspe Plains Station - 200,000 acres, with 10,000 sheep.

Join Martin as he explores the different roles that these two men had on the development of Victoria, and their achievements, which hitherto had not been explored. They epitomize many early settlers who made such contributions, but who have been barely recognised by historians.

Martin will also examine squatting on the Mornington Peninsula for comparison and discuss the main difficulties faced by squatters at that time.

Bibliography and sources on squatting and the Port Phillip District

List of squatters and their properties in the Campaspe district

Martin Playne is a retired research scientist who has written many scientific works and has extensive experience as an editor and in genealogical research. He is a member of the Editorial Team for Ancestor - the quarterly magazine of the Genealogical Society of Victoria.

Martin was awarded second place for his book Two Squatters in the Don Grant Award for the Best Australian Historical Biography with a family history focus. His book is available in print form via the website of BookPOD http://www.bookstore.bookpod.com.au

Martin’s blog site is at http://www.mplayne.wordpress.com.

Thanks to Jean McConnachie, GSV Volunteer, for this post.