All that British history you dimly recall from school days can be brought alive as you dig deeper in your family roots. Were your ancestors rebels in the Glorious Revolution? Today Stephen Hawke from GSV's SouthWest England Research and Discussion Circle (SWERD) gives us a quick refresher before that group's coming meeting.

The Glorious Revolution of 1688 was a pivotal event in English history, bringing to an end the reign of the Stuart Kings and their moves to absolute monarchy.  Although the Glorious Revolution was a near bloodless affair (unlike most revolutions), the major precursor to the events of 1688, the Monmouth Rebellion of 1685, was blood-soaked.  The Duke of Monmouth was defeated at the Battle of Sedgemoor in Somerset, his fleeing troops were slaughtered and the aftermath was the Bloody Assizes of 1685 - all these brought a huge death toll to the south-west counties.  The Bloody Assizes ended with mass executions and transportion to virtual slavery in the Caribbean of men from many towns and villages across the counties of Devon, Dorset and Somerset.  There were national scandals over the retribution meted out to women who had peripheral connections to the rebellion, including England's last beheading and burning of women for political crimes.  The poor schoolgirls who came to be known as the Maids of Taunton were brutalised, but at least most of them survived to eventually see their tormentor, James II, leave the country in disgrace. 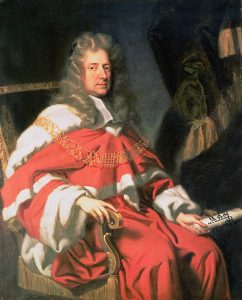 Portrait of Judge George Jeffreys 1645-1689 - the 'hanging judge' of the Bloody Assizes, by Johann Closterman.

The rebellion and Bloody Assizes left scars on the psyche of the people of the south-west that endured for generations. Records have survived which detail the names, home-villages and outcomes for thousands of people from Devon, Dorset and Somerset who were swept up in the turmoil of the Monmouth Rebellion.

The SWERD meeting at GSV on Wednesday 13 June at 12:30pm (GSV members only) will discuss the rebellion, how you can ascertain whether your ancestors were rebels and the impact it had on their lives.