Was your ancestor in the workhouse with Oliver Twist? 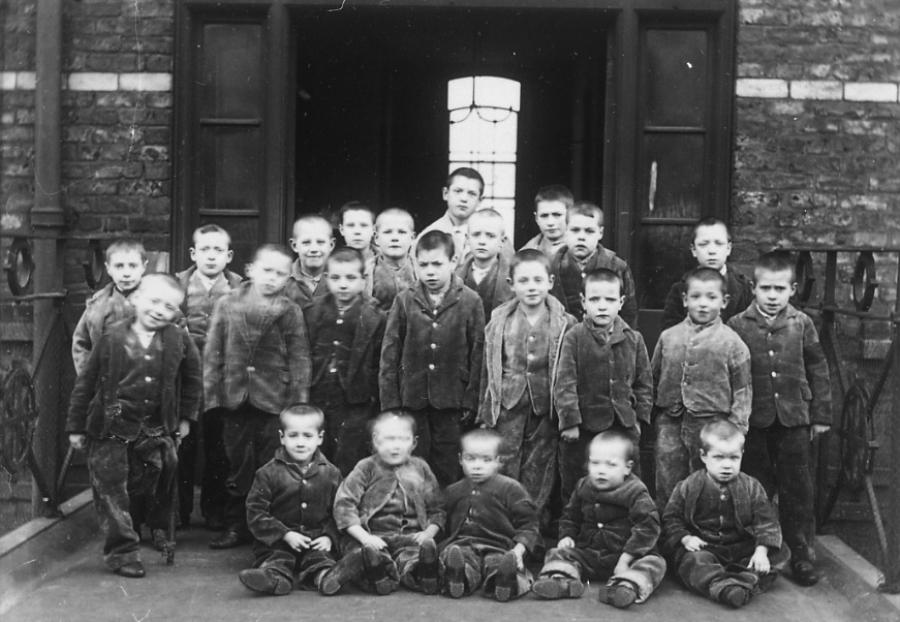 Children at a workhouse c 1895

Hannah Barlow (nee Rex) was admitted as a pauper to the workhouse in Kings Road, London run by the St Pancras Poor Law Union, sometime after Oliver's time.  But your ancestor may have shared Oliver's experiences.

At the next meeting of the London Discussion Circle (free for GSV members), 10:30 at GSV on Thursday 27 June, we will have a presentation and discussion on the Workhouses of London and the real Oliver Twist.  We'll discuss life in the workhouses, the story of the real Oliver Twist and how we can research the lives of our ancestors who found themselves in a London workhouse.

Workhouses of London and the real Oliver Twist

The London workhouses differed from those in the regional areas of England.  The regional workhouses were generally newer and purpose-built to meet the requirements of the 1836 poor laws.  Many of the London workhouses had a longer history and operated from older, cramped and decayed structures.  The rapidly increasing numbers of poor from late in the 18th century had parish officers taking radical (many would say inhumane) approaches to reducing the demands on the parish purse.  A booklet published around 1830 set out the desperate efforts of London's St Pancras workhouse to be rid of the burden of maintaining the children of the poor. This involved apprenticing them out to miserable lives of enslavement to chimneysweeps and sending cartloads of children to the 'satanic mills' of the north, where many of the children were starved, brutalised, maimed and killed.  Terrible though many of the London workhouses were, the life in the northern mills left many children pining for a return to the comparative safety and security of the workhouse and their now distant families.  The life of one of these children is believed to have strongly influenced Charles Dickens; his story of Oliver Twist's early years carries a marked resemblance to the even more horrific true-life story of one of the St Pancras orphan boys.