Where has the year gone? More Events at GSV 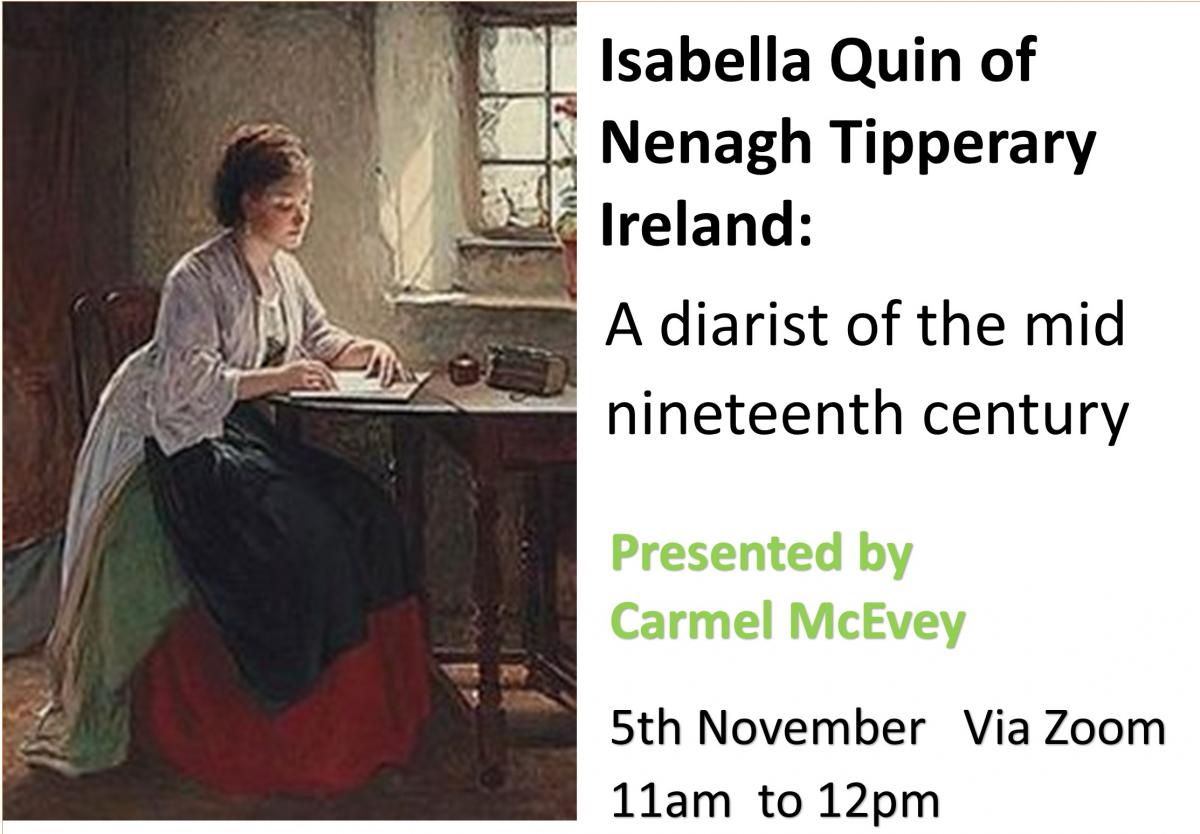 Where has the year gone?

Footy done! And not going to the Races this year! But luckily summer is coming.

In Melbourne we have had to find the old picnic gear and resurrect such outdoor pastimes to see our friends and family. But the GSV keeps cooking up online events to compete with the picnics and obligatory walking. (Have the dogs ever been walked so much!)

For the closing months of the year, you can book online for these four interesting presentations. We have increased the numbers who can attend, so you should be able get in if you check your busy calendars and book NOW.

The Diary of Isabelle Quin of Nenagh, Tipperary, Ireland

Carmel McEvey will present details of a diary, written by an Irishwoman during the 1860s, which provides an insight into the role of women during this period.

Her diary offers a significant insight into the role of women during the mid-Victorian era and it illustrates the importance and context of place for family historians when undertaking research. The diary offers a snapshot of society of the era and its connections to landed gentry, the military and those of standing in the community.

Carmel McEvey is a GSV member who has recently completed a Master of Arts (History of Family) (Hons), and a Certificate of History of Family and Genealogical Methods (Hons) at the University of Limerick in Ireland.

The Old Melbourne Cemetery, which opened in 1837, was doomed as it was surrounded by the growing settlement of Melbourne. Dr Celestina Sagazio will discuss this cemetery, which now lies beneath The Queen Victoria Market.

This illustrated presentation will provide fascinating information about the Old Melbourne Cemetery, which opened in 1837, as well as revealing details about the development of the market itself. This was Melbourne’s first official cemetery but over time it became surrounded by settlement and over government authorities and businesspeople planned to replace it with the Queen Victoria Market. It is estimated that the remains of 7000 people are still buried beneath the market. This very interesting and much-loved historic site is steeped in history and will reveal many astonishing stories.

Dr Sagazio is a recognised authority on the history and conservation of cemeteries in Victoria and Melbourne’s heritage. In addition to her publications, Dr Sagazio shares her passion and enjoyment of heritage, by bringing history to life in an engaging and informative way through story-telling, presentations and specialty tours. Dr Sagazio is the organiser/tour guide of the very popular and professionally-choreographed Halloween cemetery tours and other well-received night and day tours of Melbourne General Cemetery which raise funds for the restoration of significant cemetery monuments.

Frontier Encounters between Europeans and Aboriginals 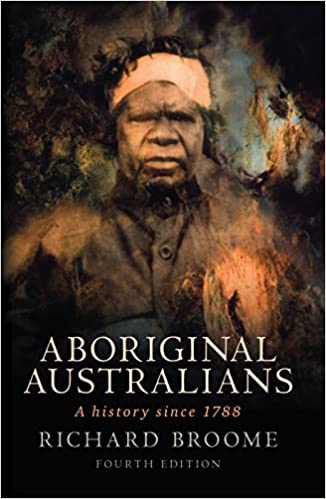 Dr Richard Broome will discuss the impact of Europeans on the networks of kinship, trade and culture that various Aboriginal peoples of Victoria had developed over millennia.

From first settlement to the present, he shows how Aboriginal families have coped with ongoing disruption and displacement, and how individuals and groups have challenged the system. With painful stories of personal loss as well as many successes, Dr Broome outlines how Aboriginal Victorians survived near decimation to become a vibrant community today.

RICHARD BROOME is a Professor of History and Associate at La Trobe University. One of Australia's most respected scholars of Aboriginal history, he has written many articles and books including Aboriginal Australians and Sideshow Alley.

John Marshall: Immigration to Victoria before the Goldrush

John Marshall, shipowner and Lloyd’s agent, was influential in the bounty emigration schemes introduced in the Port Phillip District in 1839. Dr Liz Rushen will discuss Marshall’s lifeand the schemes.

When the Port Phillip District was opened up to bounty emigration in 1839, a flood of emigrants poured into the new colony, most encouraged by John Marshall. He had immigrants on three of the first five bounty ships and when the trade was at its peak, he sent a ship to Australia every month. In this talk, Liz Rushen will discuss the work and influence of John Marshall.

Dr Liz Rushen is a Melbourne-based historian who has written extensively on nineteenth Century migration to Australia. She is an adjunct research associate in the School of Historical Studies at Monash University.

Register for the events by logging into the Member’s section of the GSV website.

Further talks are being planned for 2021

If you want to comment on any of our posts you can do so in the COMMENTS section at the bottom or add your comments to the post republished on the GSV facebook page. [Ed.]