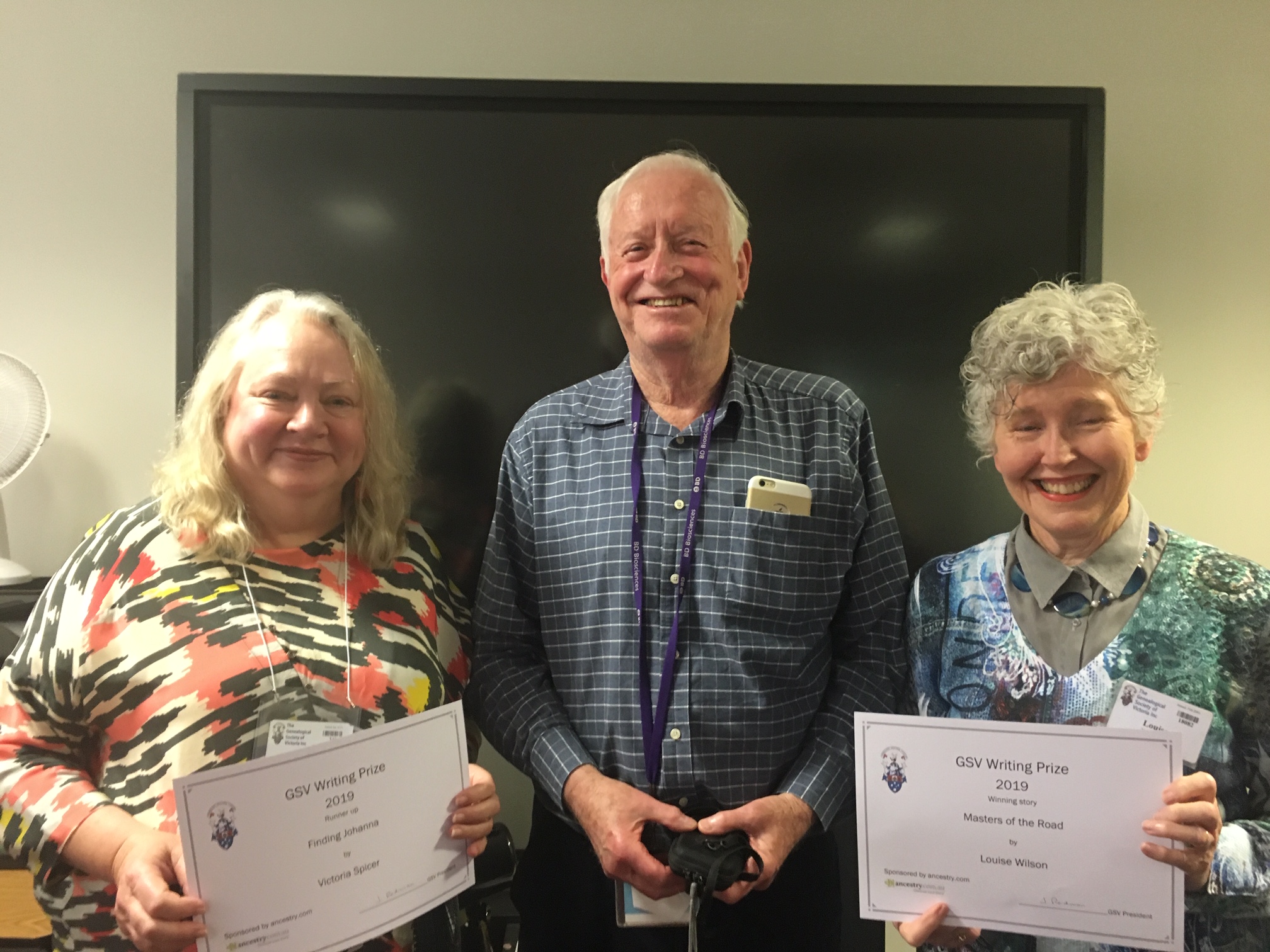 The GSV congratulates the winner and runner-up of its annual Writing Prize 2019 for a family-history article.

The successful entrants were announced at the AGM on Saturday 5 October.

The winning entry was 'Masters of the Road' by Louise Wilson.

The runner-up was 'Finding Johanna' by Victoria Spicer.

Louise Wilson's interesting story is about the role of the author’s ancestors in the initiation of the Royal Mail Service coaches in Great Britain in the 1790s.

'Finding Johanna' by Victoria Spicer revolves around Geelong, and was built on the author’s change of mind about an Irish bounty emigrant step-great-great-grandmother whom shehad once scorned for being intermittently jailed for vagrancy and drunkenness.

There were a record number of entries including some from GSV regional Member Societies who were invited this year.

Entries were considered by a five-member judging panel. This year an external guest judge, Dr Val Noone OAM, joined Joy Roy FGSV representing the GSV President; and three Ancestor team members, Leonie Loveday, Margaret Vines and Martin Playne. GSV thanks Dr Noone and the other judges for their commitment to this successful competition to foster and demonstrate good family-history writing.

The winner receives a 12-month subscription from Ancestry.com to their Worldwide Membership and an Ancestry.com DNA test kit. Ancestry also generously gave a prize for the runner-up.

The winning entry will be published in the December issue of GSV's Ancestor journal.

Congratulations to both winners and all entrants.