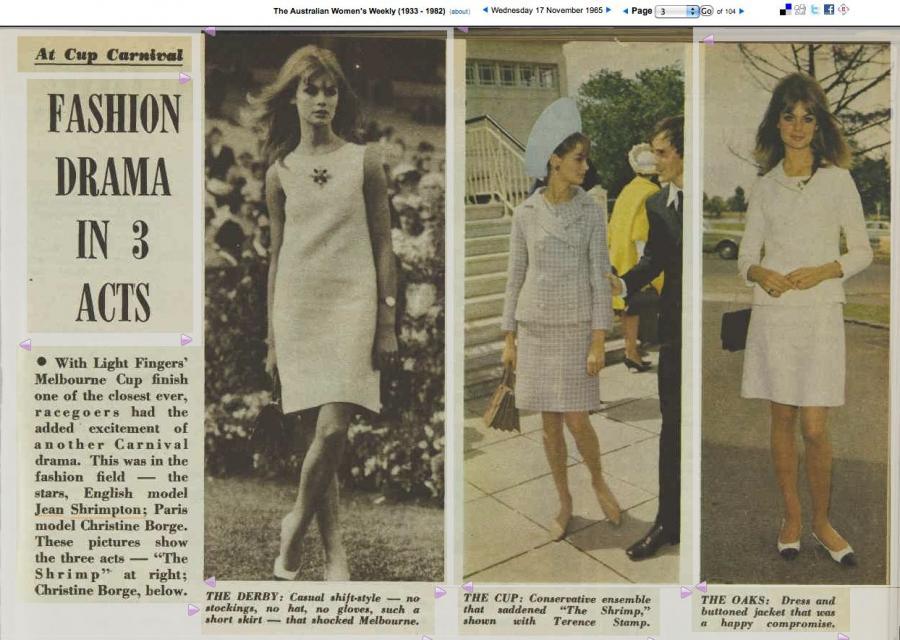 I never miss an opportunity to collect family stories.

A couple of years ago I was with my parents near Melbourne Cup time. My grandfather owned a large racehorse transport company. Dad worked with him for several years, including driving trucks on busy days like Cup Day. I have fond memories of travelling in the truck with Dad when he transported Rain Lover to one of the Cups that he won.

I asked Dad about his time as a driver. He mentioned that he saw Jean Shrimpton, and was only a couple of metres away from her.

Dad had a bit of a chuckle as he remembered the reactions and the ‘fuss made by all the old matrons over this young bird who had no hat, no gloves and a very short skirt.’

This lighthearted questioning then prompted Dad to expand on his time driving. He talked about how early they had to start, how hard the work was - so much pressure to get horses transported with tight deadlines and keep them calm, and with no mobile phones. He told me sometimes he’d get a ‘good feed from an owner or trainer in their posh tent, or champagne and fancy food out of the back of their Rolls Royce.’

Do you have family memories of Melbourne Cup time?

Perhaps this is a good time to record some stories of your own.