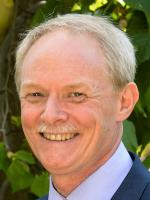 Stephen Hawke joined GSV as a member in 2006, became Treasurer in 2015 and President in 2021.  He worked as a Chartered Accountant for 27 years with KPMG and ten years with McGrath Nicol and AHG Clarke & Co.  GSV's resources and discussion circles have been a great aid in researching his family history (and their local history) and he has completed his first book on his paternal family ancestors.  He is currently researching his maternal side for the next book.  Stephen has been the Online Parish Clerk for three Cornwall parishes for many years, assisting people from all over the world research their Cornish ancestry.  His knowledge of 'things-Cornish' is well utilised at GSV in his role as the Convenor of the SW England Research  and Discussion Circle (SWERD). 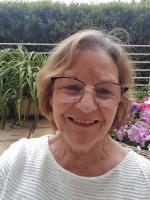 Claire Johnson is a retired teacher-librarian whose last position was as Head of Library at St Bede’s College, Mentone. Having always loved history, she started volunteering at the GSV after taking early retirement in 2004 and has been researching her Scottish and Irish forebears who came to Australia between 1848 and 1870.

Claire is a Research Assistant, a member of the IT team, has served on Council previously and is the current editor of the GSV e-News. She has presented talks on various topics both at the GSV and beyond. Claire is honoured to have been named a Fellow of the GSV. 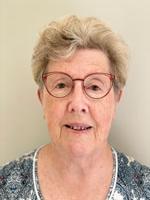 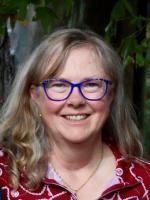 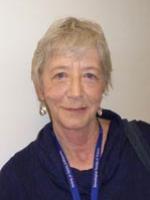 Meg Bate is the Library Project Manager at the GSV. She previously worked as a Reference Librarian at La Trobe University. During this time she contributed to the development of library software with the Australian Academic Research Library Network (AARLIN) and the International Group of Ex Libris Users. She has now taken a ‘fun job’ and uses these skills in her work with the GSV Library’s digitization and indexing project and the website. She also writes articles for Ancestor and wrote the first article about the internet for the VicGum newsletter in 1994.  Meg also presents monthly talks on some of the major computer based resourses. She took up genealogy after her mother died in 1990. Apart from her family history research, Meg is a keen cross-country skier, and has achieved the title of Loppett Master, having competed in 20 citizen ski races of 20 - 90 kms around the world.

Linda Farrow is the full-time Office Administrator of the GSV. She has had a varied career including working at Ford Australia’s Head Office and as a Personal and Executive Assistant. Most recently she worked as a Medical Transcriptionist from home, so was keen to take up this office-based administrative role when it became available in late 2016. At a family reunion in 1989, a relative produced a book about a Van Diemen’s Land convict ancestor dating back to 1834, and this sparked her interest in family history. Linda has been a GSV member for five years and is also a member of VicGUM and the Irish Ancestry Group.  She researches her Australian, English and Irish ancestors, and has found one branch of her family emigrated from Ireland to America where they became Mormons and published a family history book. Rebecca has been actively engaged in family history research for 15 years and tells us she still clearly remembers the thrill of her first big discovery bent over a microfiche machine in the GSV’s basement library in Collins St. She finds genealogical research an enchanting puzzle, while exploring family.
Her formal qualifications include a Bachelor of Arts (with Majors in History and Jewish Studies) and a Master of Education (Teacher Librarianship) and she has over 20 years of experience at a Secondary College as a librarian and teacher of History, Geography, English and Literature. Rebecca’s depth of experience in engaging and enthusing students through remote learning during the Covid pandemic will bring new approaches, and be a great aid, to our online education and discussion circle activities.