A postcard looking for a home 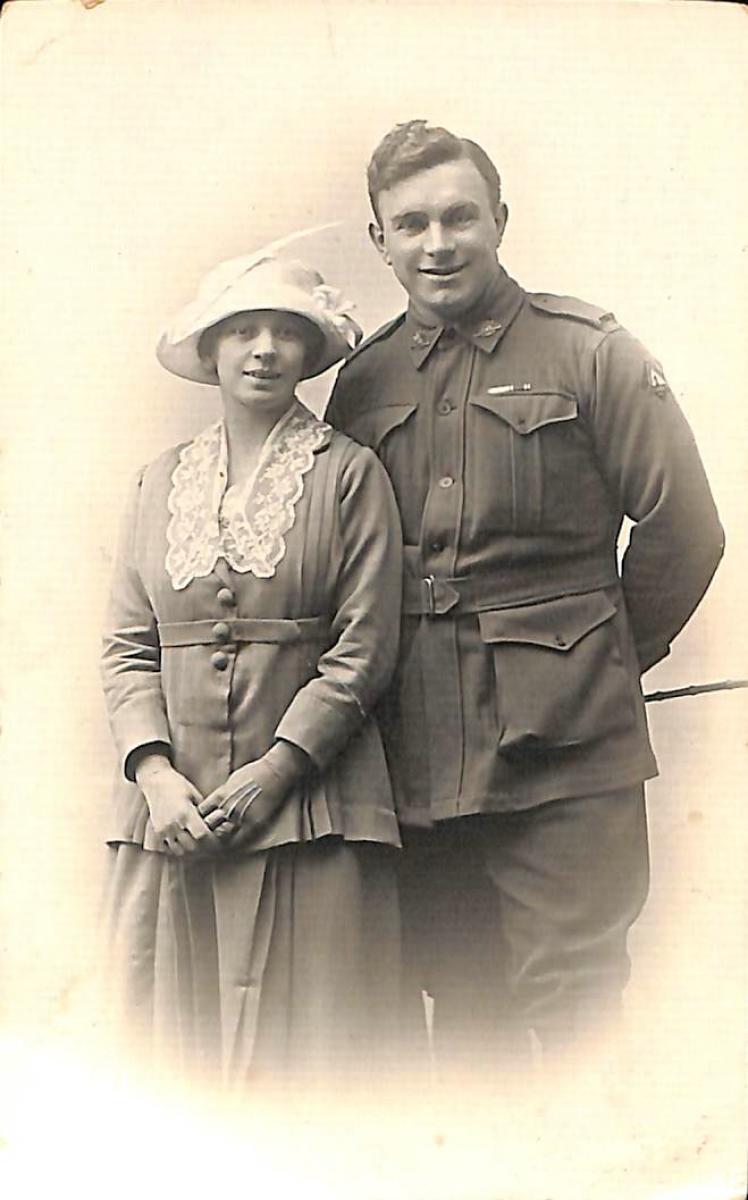 Back in November Jackie van Bergen noticed a little paragraph and photo in the GSV eNews. She writes:

Are these your ancestors? was how it started.
The names caught my eye. It was a name in my family tree.
Victor Mason Luke is my 1st cousin 3 times removed.

Ida was born in Avoca in 1862 but the family had moved to Geelong by 1869 when her mother tragically took her own life.
Ida married Edmund Thomas May Luke from Beaconsfield in 1884. Just a few months after her big brother Frederick took his life.
Edmund was the first “artist and photographer” employed by The Age newspaper. They bought land in the Beaconsfield/Berwick area and named their home Montuna after their eldest son (Monte) and eldest daughter (Una). This land is now part of the Berwick Montuna golf club.
In 1917 he bought more land and the ET Luke subdivision includes Montuna Grove and Victor Avenue.

Victor was their fourth child, born in 1891. When he enlisted in WWI he was a signwriter of Beaconsfield. Very soon after his return (in 1919) he married Nellie Elizabeth Merritt. They had five children:
Verna Dorothy Luke b1921 married Frederick Archibald Field. Verna died in 2016.
Kelvin Victor Luke b1925 married Nancy Coffield. Kelvin died in 2003 in Horsham.
Austin Edmund Luke b1927 married June Patricia Wilkinson. Austin died in 1980.
Margaret Luke b1930
Trevor John Luke b1938, d2007.

Victor was Mayor of Kew around 1950-51.
His older brother Charles Montague Luke, known as Monte was a famous photographer in Sydney.

Perhaps you are more closely related to Victor and Nellie than I am and would like this postcard.
Please email gsv@gsv.org.au to claim it. 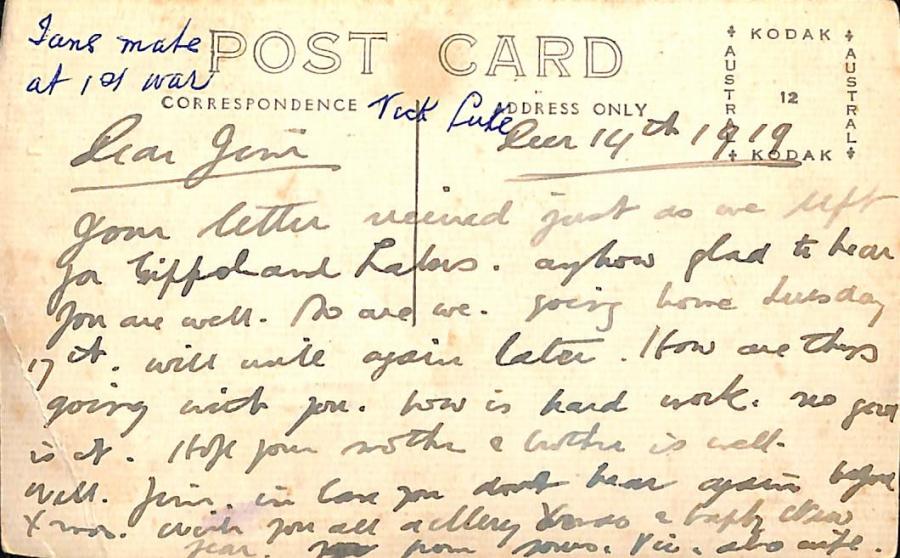