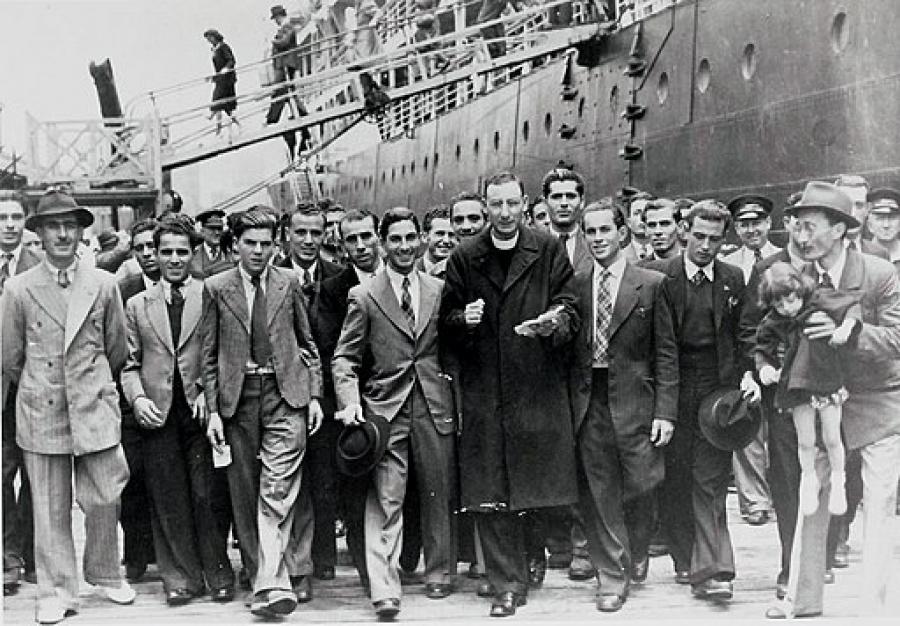 I recently resumed research on another of my great grandfathers - an Engine Room Artificer in the Royal Navy. I came across a baptism record possibly for his father as the son of 'William John Stevens and Giovanna Assenza' and that of his brother 'born at the Parent's Residence in the Island of Malta... now of Nottingham Row', Surrey. In a few clicks a whole new world of Malta and the Levant in the early 19th C opened up, as I found that he and his sons were British Consuls in Malta. Wonderful! Now that I had an Italian forebear this find promised an exotic international escape from the Colonial convict sagas of my book 'Guilty and Lucky'. 'Malteasers' all round! Alas it was not to be.

Our last census showed that 40% of Australians had parents who were born in countries other than England, Scotland, Ireland or Australia. Many of us will be searching for our ancestors all around the world. The GSV offers lots of help in non-English research in particular via its International Settlers Group. This service group of the GSV meets quarterly and welcomes new members.

Its next meeting is on Saturday 21 November, 1.00 pm via Zoom (numbers limited).

“Here, there and everywhere - coming out of my comfort zone”

Susie Zada will talk about her European ancestors after she finally found the courage to do more than write foreign places of birth in her family tree.  It has been a journey of fear, discovery and excitement involving both traditional research combined with DNA discoveries.

Susie started researching her own family history back in 1965 and has worked as a genealogist, historian and researcher since 1990.  She completed an Associate Diploma in Local and Applied History at the University of New England (Armidale, NSW) in 1996 and has been working in the area of the built Heritage since 1996.

She has won a number of local and Victorian awards for her contribution to local and family history and was the Winner of the VAFHO 2019 Frances Brown Award for Excellence to Family History in Victoria. Susie has researched and published several books as well as historical interpretive displays, CD-ROMs, indexes and extensive web sites on local history – see http://zades.com.au/gandd/index.php

This talk is free to GSV Members and current ISG newsletter members, but you can join ISG vai the HGSV website. See more about this group HERE https://www.gsv.org.au/special-interest-groups/international-settlers-group

If you would like to explore your non-British roots you might like to join the members of the International Settlers Group - who can guide you in the rich and interesting global world of non-British family history.

Go to our website to find out more about this group and to join.

'Maltese immigrants land in Sydney from the SS Partizanka on 13 December 1948'. 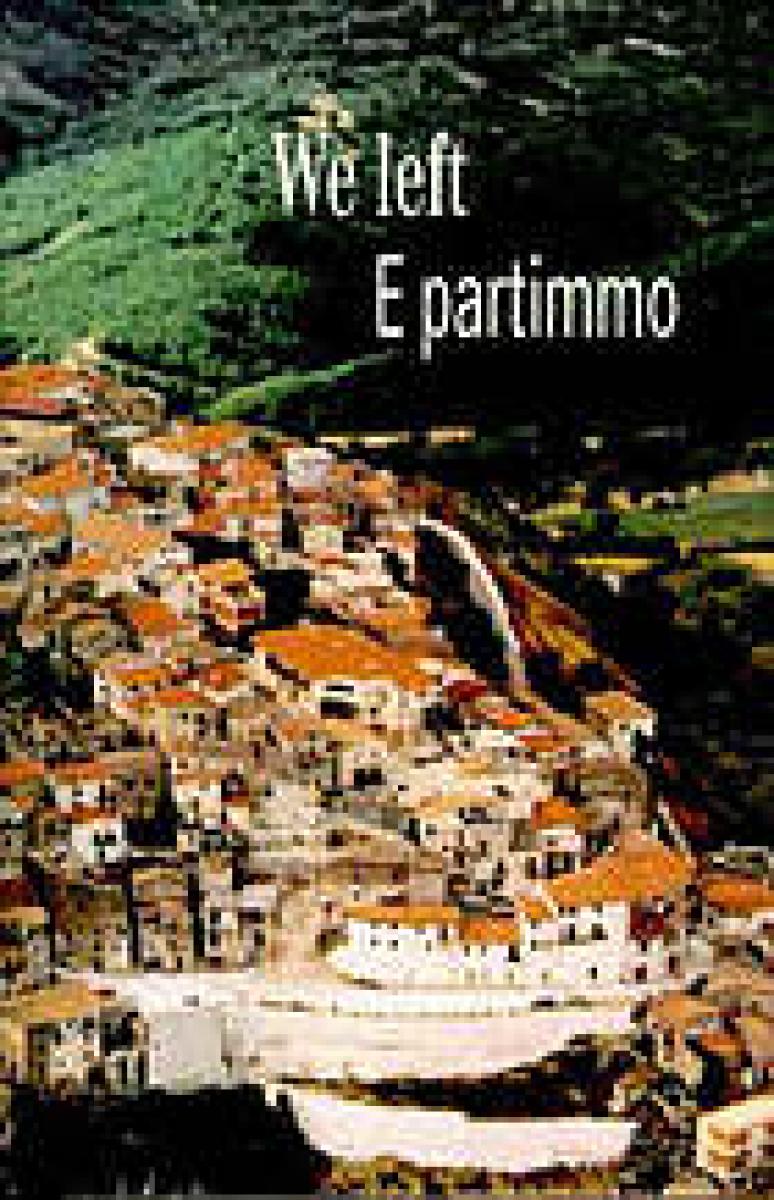 The International Settlers Group invites all GSV members to a talk given by Angela Scarino and Antonio Mercurio. Their book - E Partimmo. We left- tells the story of immigrants from one village in Italy from 1927 to 2004.

Angela Scarino, Associate Professor in Applied Linguistics at the University of South Australia, and Antonio Mercurio, educational consultant, share the same background: Their parents came to Australia from the little town of San Giorgio La Molara, near Benevento. They have published a book dedicated to the community of Sangiorgesi, which started with the arrival of eight men back in 1927 and now counts around 4,000 people - more than the current inhabitants of San Giorgio.

We Left. E Partimmo was written by interviewing around 30 Sangiorgesi living in Adelaide and is a veritable labour of love.

This collection of narratives and photographs of the Sangiorgesi in South Australia chronicles the migration of hundreds of people who left their home, San Giorgio la Molara, a village in the Campania region of southern Italy, and settled in Adelaide, South Australia.

This presentation is for ISG members, GSV Members and others.

Note the building is closed on Saturday but call 9662 4455 on arrival if necessary and a volunteer will come down to admit you. 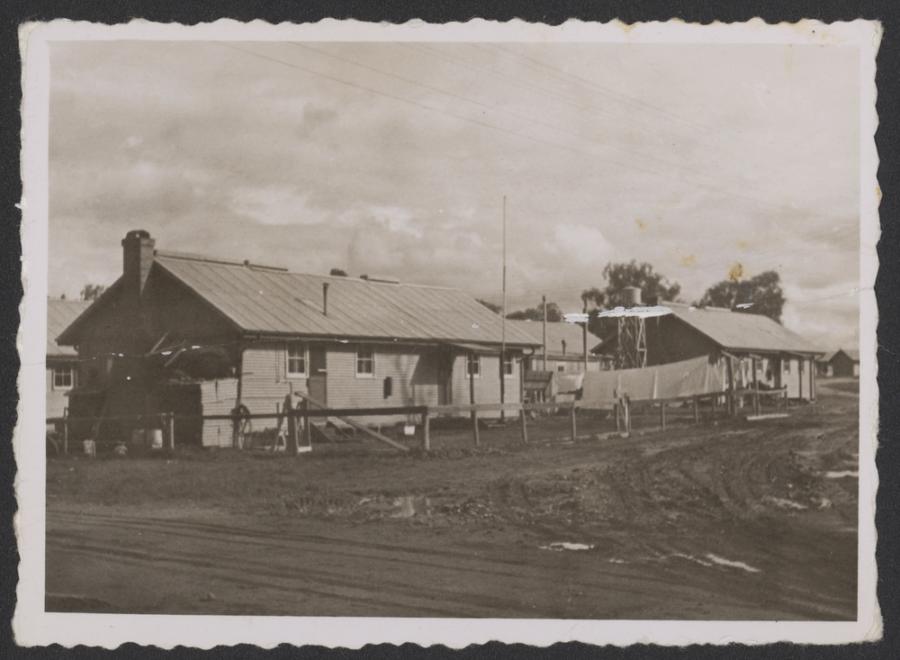 Watching Jimmy Barnes' personal story of his dire early days as a child migrant in Elizabeth, South Australia, (Working Class Boy) reminded me that many family histories in Australia commence with relatively recent arrivals - in the middle of last century after WW2 - rather than with early pioneers of the 18th and 19th centuries. The Bonegilla Migrant Camp in NE Victoria was where over 300,000 migrants started their Australian lives.

Next month the annual Back to Bonegilla Migrant Camp Gathering is on again :

'At the end of WW2 the Australian Government introduced a program of migration to assist millions of displaced people in Europe and, at the same time, combat a shortage of labour in Australian industry. As housing was not immediately available for the growing population, the Australian Government provided migrants with temporary accommodation like that at Bonegilla [in Victoria] until they found jobs and their own places to live.'

The Bonegilla Migrant Camp was established at a former army camp near Wodonga, Victoria. It was the first home in Australia for more than 300,000 migrants from more than 50 countries from 1947 to 1971. They had diverse arrival and settlement experiences. 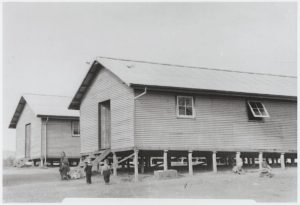 'Many migrants recall arriving lonely and confused, unsure of where they were going and what they would be doing. Others saw Bonegilla as a place of hope, symbolic of a new start. In December 2007, Bonegilla Migrant Reception and Training Centre - Block 19 was recognised as a place with powerful connections for many people in Australia and a symbol of post-war migration which transformed Australia's economy, society and culture under the National Heritage List.Today, Block 19 is a public memory place. The site and its associated oral, written and pictorial records in the Bonegilla Collection at the Albury Library/Museum bring to light post-war immigration policies and procedures that changed the composition and size of the Australian population.' [Bonegilla Migrant Experience website, access. 6 Oct 2018.]

"Depending on your cultural connection with Bonegilla, there are a number of ways to pronounce it. To many locals, it’s strictly ‘Bone - Gilla’ but to immigrants arriving from Europe after World War II, the word was often read as ‘Bonny-Gilla’ or ‘Bon-Eg-Illa’." Passport  for Bonegilla, Bonegilla Migrant Experience website.

The GSV hosts a group which helps its members with an interest in non-British research: International Settlers Group. On 17 November their presentation is 'Andiamo - a Celebration of my Italian Family History' presented by Angelo Indovina. You can find out more about this group on the GSV website https://www.gsv.org.au/special-interest-groups/international-settlers-group

Sadly wars produce a wealth of records of the  lives  lost and entangled in these conflicts. 2018 marks the end of the WWI Centenary. This war gave Australia and New Zealand the story of Gallipoli, but Australian and New Zealand volunteers were already in Serbia, treating wounded Serbians, before the ANZACs landed.

Because of the Gallipoli Campaign, Germany, Austria-Hungary and Bulgaria invaded Serbia to secure a land supply corridor to Turkey. The Serbian Army was forced on a deadly retreat over the wintry mountains of Albania to the Adriatic coast, an event sometimes called the Albanian golgotha. Australians and New Zealanders accompanied the Serbian Army on this long march. When the fighting shifted to the Salonika or ‘Macedonian’ Front, many served there with the British Army, the Royal Flying Corps, two AIF units and six Royal Australian Navy destroyers in the Adriatic and Aegean Seas. Some died in action, others from disease.

Several hundred doctors, nurses and orderlies treated the wounded and sick in an Australian-led volunteer hospital and in British and New Zealand Army hospitals. The author Miles Franklin was a medical orderly supporting the Serbian Army; her memoir is quoted extensively in a new  book. Fifteen hundred Australians and New Zealanders served on this little known yet crucial battlefront.

There will be a commemorative presentation about the service of these Australians in WW1 and a launch of a book about them - in Melbourne on 8 September and at the Australian War Memorial in Canberra 15 September.

REMEMBRANCE EVENT NEXT SATURDAY IN MELBOURNE

On Saturday 8 September The Australian Serbian Cultural Foundation is presenting an evening of remembrance and commemoration of the Australians and Serbs who served together in The Great War. Doors open 6.30 pm (for 7 pm start) at Holy Trinity Serbian Orthodox Church Hall, corner Nicholson St & Glenlyon Rd, Brunswick East.

This event is open to the wider Australian and Serbian community. Entry is free.

Special guests from Australia and Serbia will present remarkable accounts and experiences of these Australian and Serbian men and women, who served in that war: 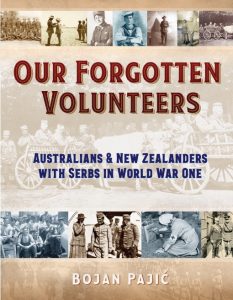 The GSV has been assisting Bojan Pajic to trace and contact descendants and relatives of Australians and New Zealanders who served in Serbia or alongside the Serbian Army on the Salonika Front and nearby seas in World War One. Over 100 have been identified and contacted.

Finally, after several years of research and writing, this story has now been told in a book recently published by Australian Scholarly Publishing. The book will be launched by Emeritus Professor David Horner AM at the Australian War Memorial on the 15 September 2018.

Copies of the book can be obtained from the publisher by emailing them at e: enquiry@scholarly.info or you can arrange for a copy to be brought to the event next Saturday by emailing the author at bjpiris@gmail.com

This Serbian research is a reminder that, whereas the GSV helps Victorians, their stories and the GSV's resources are truly international. And this is not limited to the British Isles. The GSV has a specific group for its members - the International Settlers Group - focused on non-British research. Go HERE to see when they meet and how they can help you.