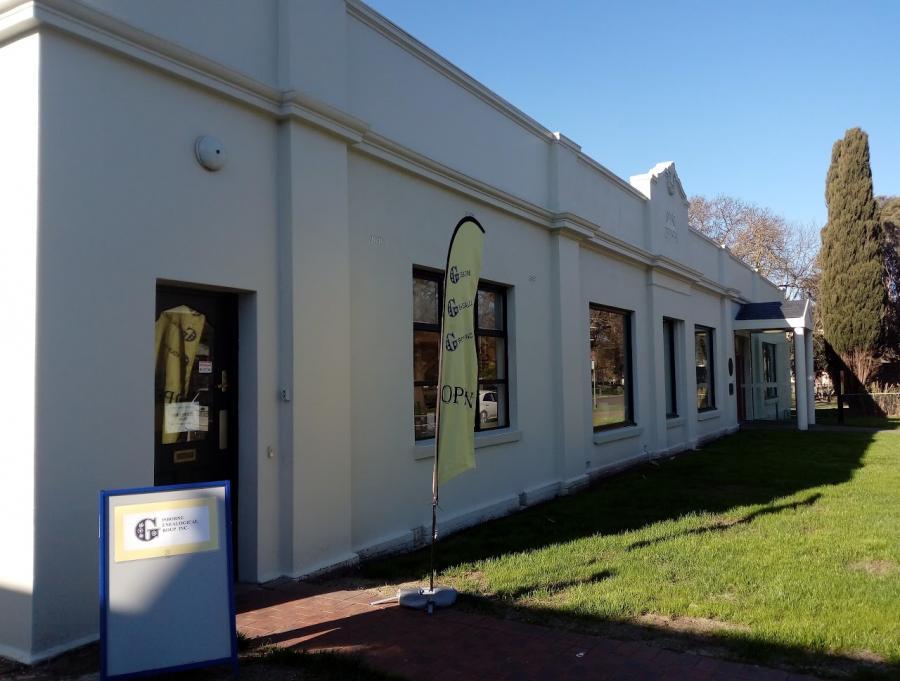 Dreaming of things to do once lockdown is over? How about participating in the Gisborne Genealogical Group’s Celtic Day on Saturday 28 August?

Or visit their Family History Room? You could even support regional tourism by making a weekend of it and doing both!

Make the most of your trip to Gisborne and also call in The Gisborne and Mount Macedon Districts Historical Society centre, just on the other side of the library from GGG. This is open Wednesdays. 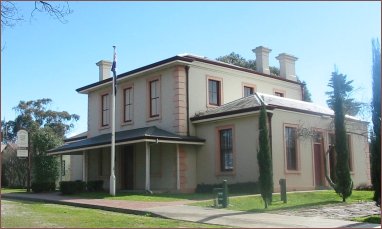 9.45am - Cornish harp music, followed by – Lyn Hall, ‘The Celts, Cornwall, and the Cornish in Australia’

Tickets are limited and subject to COVID-19 restrictions.

The Family History Room is located next to the Gisborne Library. It is open to the public between 2.00pm and 5.00pm on Thursdays, except in January. Generally Bookings are essential. Phone 5428 3925. Gold coin donation would be appreciated.

You can view the catalogue here [https://www.ggg.org.au/catalogue]

For further information about the Gisborne Genealogical Group, please see their webpage: https://www.ggg.org.au 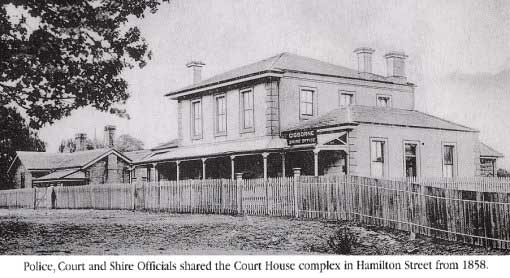 [Other GSV Member Societies might like to showcase their activities in this new section of our blog. Ed] 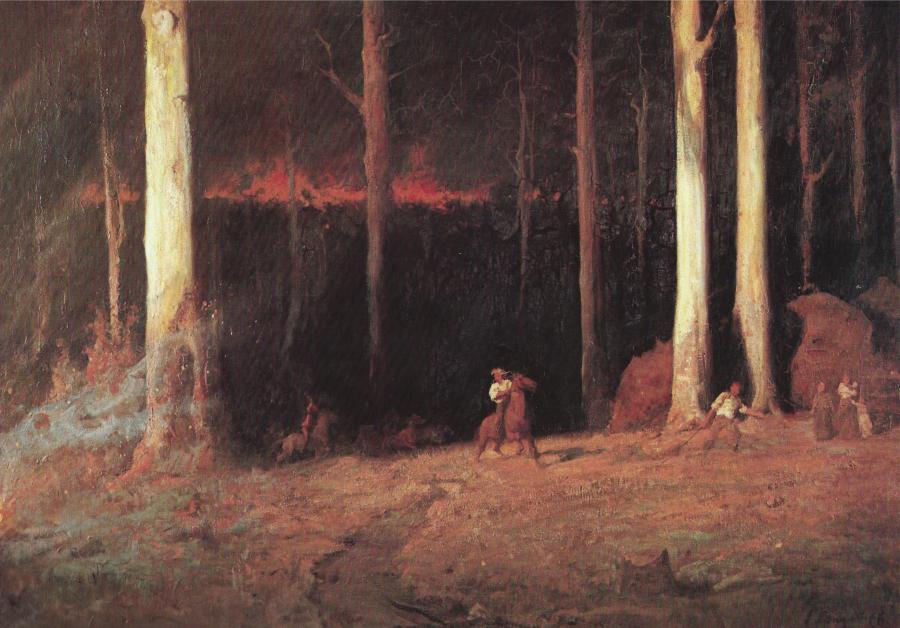 I am reminded of reading the history of the white settlement of South Gippsland - The Land of the Lyre Bird : a Story of Early Settlement in the Great Forest of South Gippsland(Korumburra and District Historical Society Inc. 2001 ed.). The firsthand recollections describe the huge efforts in the 1870s and '80s to clear the ancient bush to establish farms. There was plenty of rain; slogging through the mud was the norm. And then came the devastating bushfire of 1897/98 where the early community battled the fires that engulfed this regularly rain-soaked Korumburra district, W.H.C. Holmes recalled vividly that 'there was not an inch that was free from showers of sparks driven by the wind from the blazing trees alight from root to topmast branch. ...it was almost dark at 4 o'clock; through the black pall of smoke the fire appeared a livid blue, giving everything a weird and unearthly appearance: the sun looked like a big copper ball through a red-black smoke haze. All night 18 of us battled ...and most of the workers were at last unable to see; some were totally blind.'

This is again the picture we are seeing all over Australia this summer. Very sadly our communities are in great danger, at the moment especially those of our Member Societies of Benalla, East Gippsland, Jamieson, Lakes Entrance, Mansfield, Mid-Gippsland, Sale & District, Wangaratta and Yarrawonga.

Our thoughts and support go out to all our regional Member Societies and their communities. 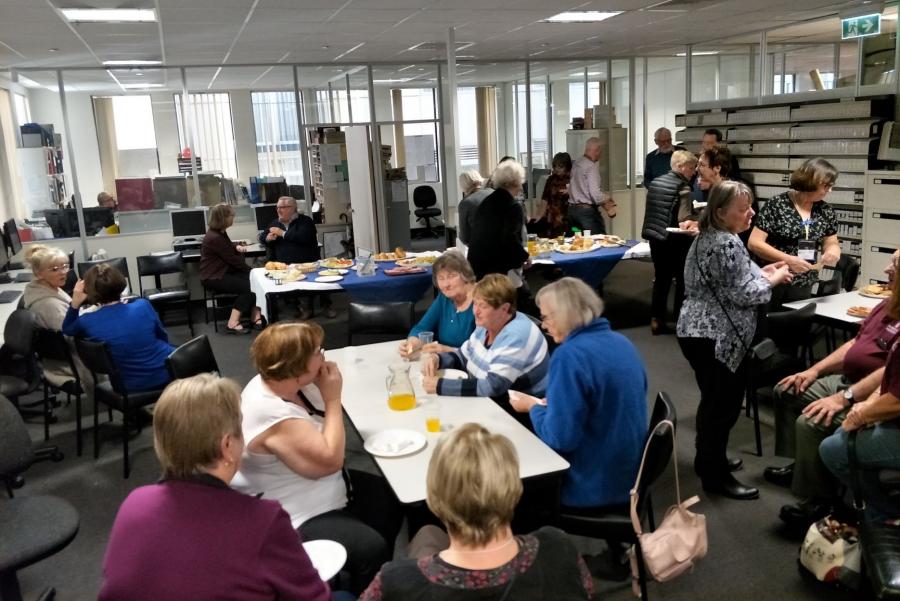 On Saturday May 25, the Genealogical Society Victoria played host to our Member Societies with our Annual get-together at the GSV in Queen Street, Melbourne.

The GSV has 59 Member Societies, and three Service Groups and it is important that we have this meeting to detail the things that the GSV has achieved in the past year, and just as importantly, to hear what our Member Societies have been up to. Representatives arrive from all over the State, and it is pleasing to see everyone willing to travel long distances to be there.

We had two key areas to discuss this year. At the GSV we have been pleased with the growth of our Discussion Circles. The latest, Victoria and Tasmania, had its inaugural meeting just the day before. So, a select group of convenors were asked to present a snapshot of their Circle, and the challenge was presented to the Member Societies – how might they take advantage of these circles, how might we take the Circles to those Member Societies, or how might they adapt and create their own Discussion Circle? Suggestions ranged from Skypecontact through to bus tours.

The second item was the contentious issue of the changes to the BDM website, and the angst it has caused to us all. The answer to this problem would seem to be Susie Zada, who provided an excellent in-depth solution to our issues. Susie was at the meeting as representative of the Geelong Family History Group, but for this presentation, she wore her other hat as representative of VAFHO, the Victorian Association of Family History Organisations. Very early on, Susie recognised the problem at BDM, and organised a one-on-one meeting with them, which now continue on a regular basis. An excellent presentation of these meetings is to be found on the VAFHO blog at https://vafho.com/This site presents all the identified problems, and their status. Susie deserves a vote of thanks for taking on this project single-handedly and working on behalf of all Victorian genealogists.

Once again, the day proved to be terrific. Social activity, and good information exchange. Next year’s meeting will be on Saturday 23 May.

Most of us research family members who lived in various parts of regional Victoria. Many descended from pioneers or from those who took up land after the gold rushes. But there was also a significant exodus of families to the country from 'Marvellous Melbourne' in the severe financial depression following the collapse of the banks in 1893. Others took up land under various Soldier Settlement schemes. So visiting regional Family History Societies and their collections often provides a valuable local insight into the lives of our country ancestors. The GSV has 48 associated Member Societies based in regional Victoria. You can find their contact details on the GSV website. Next time you plan a trip, call in and visit these local collections. You will receive plenty of help and add local colour to your research.

In this post we feature the Wodonga Family History Society. Visit their website HERE.  They are holding their annual seminar and this is a great opportunity to visit this Society and the area. 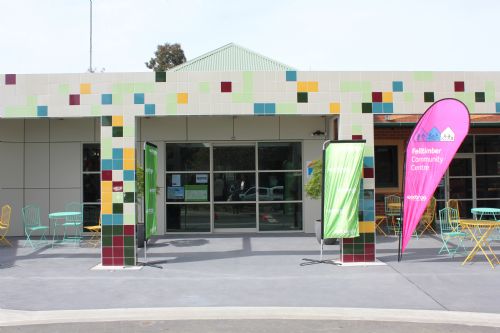 The topics for the seminar will include:

People wishing to take advantage of this offer should speak to either Christine or Dean and mention that they will be in Wodonga to attend the Wodonga Family History’s seminar.

The Wodonga Family History Society was formed thirty years ago.

On 8 May 1987 members of the Albury Historical Society and others met at St. Patrick’s Parish Church, Wodonga to establish a family history group. It began its life as the 'Wodonga and Districts Group of the GSV' on the 15 June 1988, with an inaugural meeting at the Wodonga High School attended by thirty-seven genealogically-minded people, seventeen of whom were already members of the GSV. In 1992 the group was incorporated as the 'Wodonga Family History Society Inc.'

The Society's logo was created in July 1989, the result of the combined efforts of April Padbury, Wayne Bedella, Gavan Brown, and Susanne Pendlebury. It was designed to represent the areas of the district and the four points of the compass. Membership reached 100 in May 1996 and now fluctuates around this number as people complete their research and new members join up. A total of at least 508 members have passed through the Society since its inception.

The Society established a research collection and is actively involved in preserving and transcribing local records for access by present and future generations. Details of their holdings are on their website. 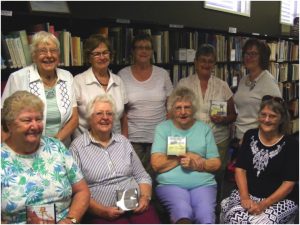 The website was launched on the 9 September 2004 and has been a resounding success with over 54,600 visitors to date. Meeting places have varied but in March 2000 they began holding their meetings at the Felltimber Community Centre. Almost every year the Society has held a major seminar or event and in 2001 they hosted the Fourth Victorian State Family History Conference, which ran for three days and was attended by 150 people. The Society also sponsors two story writing competitions, the Townsend Trophy which commenced in 1996 in memory of Gwen Townsend, and which is run every two years, and the Wayne Bedella Trophy in memory of our former President, which is run yearly.

The WFHS research and reference collection is held in the Upper Murray Regional Library, Hovell Street, Wodonga. The collection is open to the public at set times three days per week and there is always a willing member there to help.

Springtime is a great time to explore any family links in this region and join the Wodonga Family History Society at this year's Seminar.